Private Transportation with Mall and Monument Tours of Washington DC 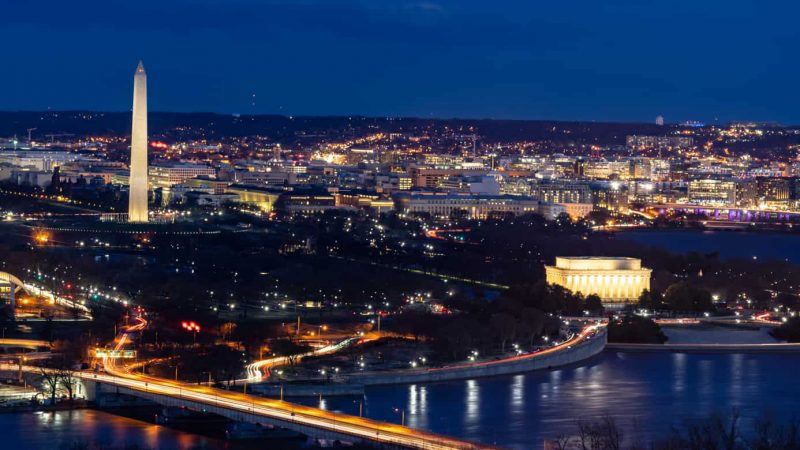 The Jefferson Memorial reflects the President’s love for classical architecture. The memorial dedicated by FDR in 1943 is similar in design to the rotunda at the University of Virginia and Jefferson’s home, Monticello.

The Lincoln Memorial constructed to honor our 16th President was dedicated in 1915 during the Harding Administration. The memorial features 36 columns, one for each of the states in the Union at the time it was built. The monument on the western side of the Mall is on the Reflecting Pool near the Korean and Vietnam War Memorials.

Franklin Delano Roosevelt Memorial Park is on the western side of the Tidal Basi on the southern section of the Mall. The memorial to the President was completed in 1997 and features FDR seated with his dog Fala by his side. The open-air rooms feature sculptures of the President and his wife, Eleanor.

The Martin Luther King, Jr. Memorial is on the Tidal Basin, next to the FDR Memorial. The memorial on a four-acre site was opened to the public in 2011. The monument was constructed to honor the Civil Rights leader and the Civil Rights Act of 1964, passed by President Lyndon B. Johnson.

In 1993 President Bill Clinton authorized the creation of the National World War II Memorial that opened to the public in 2004. The monument was constructed to honor the more than 400,000 Americans who served in WWII. The memorial on the Reflecting Pool is to the west of the Washington Monument and directly across from the Lincoln Memorial.

Construction on the monument to the nation’s first President began in 1848. However, it wasn’t opened to the public until 1888, when Chester Arthur was President. The monument is the world’s tallest stone structure that’s free-standing. Renovations completed in 2019 included a new elevator that whisks visitors to the top of the memorial in approximately one minute. From the top of the monument, visitors can see about 25 miles in each direction and observe Washington National Cathedral, the U.S. Capitol, and the White House.

The Tidal Basin and its stunning Japanese Cherry Trees are to the south of the Mall. The Smithsonian Institution and the Museum of Natural History, which has the most visitors of any of the museums in Washington, D.C., are located on the Mall. The National Gallery of Art is another of the iconic museums on the Mall.

Transportation For Your Mall Tour

Monument tours are easy to plan when you reserve private transportation. When you’re planning your tour of the city, schedule visits to the newest of the Smithsonian’s latest addition, the Smithsonian National Museum of African American History and Culture. Take time for remembrance at the United States Memorial Holocaust Museum.
Tangier Transportation features a selection of luxurious sedans, SUVs, and party buses.

When you reserve one of the vehicles in our fleet for your tour, there’s no need to worry about parking. We take care of all the details. We provide private transportation services throughout the Metropolitan DC area for sightseeing tours and special events. To reserve transportation for your visit contact us today to discuss your plans.

Benefits of Hiring a Chauffeur in Washington DC