Heading to An Airport Near VA? Here’s What You Need To Know 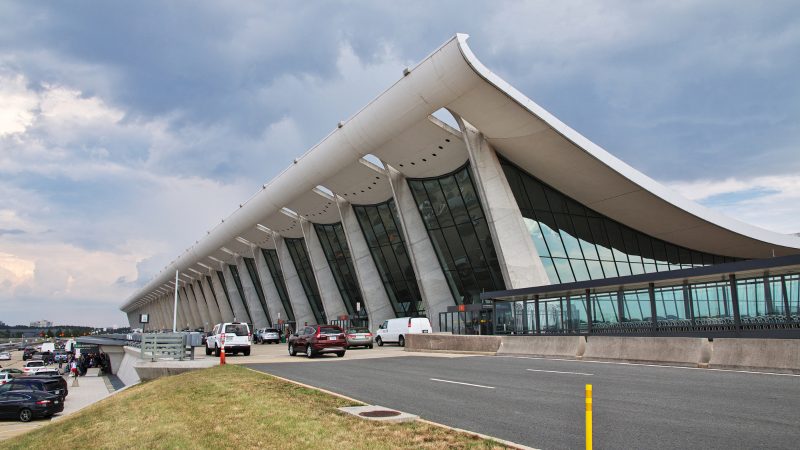 Virginia is home to dozens of commercial airports offering regional and international flights. Many are conveniently located to provide affordable flights, making travel in and out of the state a breeze. If you’re unfamiliar with the area and need to find an airport near VA, here are some of the most popular options.

Five of the 66 public airports in VA include international flights:

Washington Dulles International Airport is in Dulles, VA, and serves over 23 million travelers a year. It’s one of the busiest airports in the country, with one primary and two midfield terminals. Because of its location, this airport is most suitable for passengers in the Washington-Baltimore-Northern VA (DMV) region.

Unfortunately, there are no direct trains to Washington, DC, from the airport. However, you can take the bus to the Silver Line for $5 or a 35-minute taxi to the National Mall for a minimum $60 fare.

The primary airport for the Hampton Roads area is Norfolk International, located in Norfolk on the northeast side. The Norfolk Airport Authority manages this international airport, which is home to major airlines like American Airlines, Delta Airlines, and U.S. Airways.

Though this hub is the third busiest in the area, it’s generally not crowded. Unfortunately, there is no public transportation from the airport to Downtown Norfolk. However, you could book private airport transportation or take a shuttle bus service to other cities in the area like Virginia Beach or Williamsburg.

A disadvantage of flying into or out of this airport is that it offers limited flights, but it’s seldom crowded and conveniently located. It’s about 20 minutes away from Hampton and Williamsburg and 15 minutes from Downtown Newport News.

Also known as Ronald Reagan Washington National Airport, this hub is in Arlington County. Because it’s the airport closest to Washington, DC, it’s often busy. Traveling from Reagan Washington to the National Mall takes about six minutes by car, but it also connects to Downtown D.C. by Metro, the area’s public transportation provider.

Despite the airport’s convenient location and daily business, it has short runways. This makes the airport more suitable for smaller planes, so the airport limits long-haul flights.

Richmond is Virginia’s capital, but Richmond International is in Sandston, just outside the Richmond city limits. It is the busiest hub in central VA, with almost three million flyers using the airport each year.

This airport near VA has limited nonstop service and can quickly get crowded. However, you could easily reach popular Virginia locations and attractions by car from this airport.

Other Public Use Airports in the Area

Besides Virginia’s five primary airports, you could also book commercial flights for these locations:

Roanoke-Blacksburg is another airport providing essential services to VA, Delta and Allegiant, being its primary airlines. The hub has many vending machines, restaurants, and facilities for people with disabilities such as TDD and TTY telephones.

This North Roanoke airport has fewer crowds than other nearby airports, possibly because it offers limited services. However, it does provide nonstop flights to nine major cities.

This airport north of Charlottesville is similar to Roanoke-Blacksburg, with few crowds and limited services. It’s the go-to hub for people in the Charlottesville/Albemarle region. However, travelers can get nonstop flights to Chicago, New York, Washington, DC, Atlanta, and other major cities.

If you need to travel to VA and want a cheap flight, Baltimore-Washington Airport is a good option. This airport near VA is in South Baltimore and offers more affordable flights than Virginia airports. It’s too far from Virginia to rely on public transportation, but you can easily reach the state by a car.

If you plan to arrive at or depart from an airport near VA, schedule reliable transportation from Tangier Transportation Services. As one of Virginia’s top private transportation companies, our professionals set the standard for premium airport transportation and customer service. Our fleet includes well-maintained SUVs, sedans, buses, and limos with professional chauffeurs.

Call Tangier Transportation Services at 703-474-2170 to book a ride to or from any airport near VA.

PrevPreviousWhy Do People Get Limos in Fredericksburg, VA?
Recent Posts

Heading to An Airport Near VA? Here’s What You Need To Know

Why Do People Get Limos in Fredericksburg, VA?